Last week, I told the story of how my diagnosis of ulcerative colitis came about, and how it led to a 10-day hospital stay and eventually resulted in my dependence on prednisone.  The post became too long, so I decided to break it into two parts.  Here is the second part:

“Long-term prednisone therapy causes weakening of the bones and can result in things like broken legs or hips.  It is advisable to get off the prednisone at some point, and I couldn’t.  The original 40 mg a day was weaned down in 5 mg increments until I got to about 5 mg a day, at which point, every single time, every one of my original UC symptoms returned.  And I had been on prednisone nearly constantly for 2 years.

“(Yes, Cordelia’s Mom had become a drug addict, so to speak.)”

The colon-rectal surgeon who had been treating my disease referred me to a gastroenterologist with more experience treating severe, long-term ulcerative colitis.  It was believed that the gastroenterologist could create the magic to get me off the prednisone.

The gastroenterologist prescribed 6MP/Purinethol.   6MP is a cancer drug, but is sometimes used for stubborn cases of ulcerative colitis.  I started on 6MP while continuing with the prednisone, with a view toward eventually weaning off the prednisone.  And it worked!

After a few weeks I began to notice that I was becoming very sluggish.  I was going to bed earlier and earlier, and not feeling rested.  Again, I was starting to do stupid things and driving poorly.

One fine summer day, I had a real estate closing downtown, and during the walk from the county clerk’s office to the parking ramp, I was unable to take more than a few steps without having to stop to rest.  The distance was less than a block and it took me a very long time to get to my car.  That night, I went to bed early and woke up about an hour later with the room spinning around me.  Even lying down with my eyes shut, the dizziness would not abate.  I felt nauseous and headed into the bathroom.  Standing straight was impossible with the room spinning like that, and I told my husband to call an ambulance. 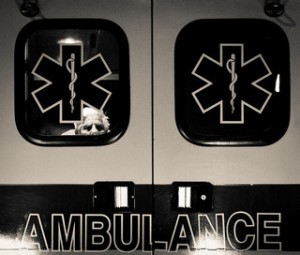 Next thing I knew, I was lying on the bathroom floor with my head in the toilet, the room spinning around me, and three burly gentlemen crowded in the tiny room with me.  And I was too sick to even enjoy all that male attention!

I never had an ambulance ride before – had I not been so sick, I maybe would have enjoyed the new experience.

In the ER, it was discovered that I was anemic, and that my Vitamin B12 had been nearly depleted (which was the cause of the neurological problems).  This time, I only had to stay overnight, but I did have to undergo two blood transfusions.  I went home, again on Asacol HD and prednisone, along with Vitamin B12, Vitamin D, iron, and folic acid.  The 6MP was discontinued.

And I was still hooked on prednisone.

Finally, my gastroenterologist suggested Remicade, which is a biological infusion therapy.  After looking Remicade up online (I no longer totally trusted my gastroenterologist after the 6MP experience), I decided to try it.  My doctor and I agreed that if the Remicade did not work, my only other option would be surgery to remove part of my colon.

But the Remicade worked!  And I am in remission!

And, finally, I am off prednisone!

At this point, I would like to thank the young couple who were in the clinic when I went for my very first Remicade infusion treatment.  (What, doesn’t EVERYONE read my posts?)

The wife was having the therapy in the chair next to mine, and her young husband sat by her side.  Once I was settled into my own chair, my husband and I began discussing how nervous I was and how we hoped my doctor (with whom I didn’t have a whole lot of faith at that point) was sending me for the right therapy.  Apologizing for jumping in on my conversation with my own husband, the young man next to me indicated that his wife had the same doctor!  He then went on to say that she had undergone a number of the infusion treatments and was doing very well on them.  He made a point to tell me exactly what I could expect, starting at the very beginning.

I wish I could find that young man now to tell him how his kind words made me so much more relaxed, and I wish I could tell him that he was right in everything he told me.   He and his wife have never since been in the clinic at the same time I’ve had my treatments, so I haven’t been able to tell him face-to-face.

There is one drawback, however, which should be considered by anyone thinking about Remicade infusion therapy :

Be sure your insurance covers it!  It is outrageously expensive.

When I got the bill for my first Remicade treatment, I nearly fell off my chair.  The total was $4,600, and my co-pay under my insurance plan was $2,300.  Fortunately, I have  a supplemental plan which picks up the difference.  No way in hell could I afford $2,300 every 8 weeks, even for what I consider to be a miracle cure.

But, of course, that’s still cheaper than frequent hospitalizations.  My 10-day hospitalization in 2012 cost more than $20,000, which thankfully was covered by my insurance.  And I lost a total of 3 weeks from work, thereby using up all of my vacation and sick time for that year.

And so, with a careful diet, my Remicade and Asacol HD, and a supportive family and understanding employer, I am currently able to live a fairly normal life.  There will always be flare-ups, but at the moment they are few and far between and resolve quickly on my current medical regimen.  I will be on medicine for the rest of my life for my ulcerative colitis, but I’m willing to accept that, considering the alternative.

And a note to my readers – rectal bleeding, even a little bit, is not normal.  If you’re experiencing any of the symptoms I’ve relayed in these two posts, get yourself checked out!

By the way,  the colonoscopy prep has been modified and isn’t that bad these days – it’s just one day and could save your life.

ADDENDUM:  On  March 1, 2014, my insurance company bumped Asacol HD into the third tier prescription co-pay level, meaning my co-pay is jumping to $400 per month.  I cannot afford that, and there is no generic equivalent to Asacol or Asacol HD.  Lialda is also a third-tier medication. It used to be that if there was no generic equivalent to a third-tier medication, the insurance company would view it as a second-tier drug, but apparently  the insurer has revised their guidelines.

My supplemental insurance plan covers medical expenses, but not prescriptions.

Unless my GI doctor can come up with some reasonable alternative, I will be forced to discontinue one of my two necessary UC medications.  It will be interesting to see what happens after that.  Apparently, the insurance company would rather pay for multiple hospitalizations than to help defray the cost of medication to prevent those hospitalizations – what a good business decision!

I thought ObamaCare was supposed to help people who have to give up their necessary medications for lack of ability to pay for them.  Guess that doesn’t apply to the Middle Class.

Needless to say, there will be many more posts coming on this subject as I wind my way through the maze of “affordable” health care.

Images by: Marsmett Tallahassee, and Guian Bolisay, and Jenn and Tony Bot, and 401(K) 2012, respectively

44 Responses to The Battle Continues