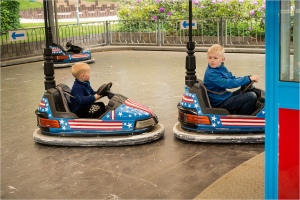 I had already retaken my defensive driving course and received the insurance discount.  Now it was time for hubby to take it, too.  Again, we opted for the online version.

Thank God we only have to do this once every three years!

NOTE:  For those who caught my poor math in the first story, let me explain.  The increase in the first month’s premium was $75, but that included a $20 processing fee for the annual renewal, and a $5 per month increase that was effective regardless.  The defensive driving discount is more like $50  a month, or $600 a years.  (Thank you, Archon, for pointing out my inadequacy.)

Right off, hubby could not get into the site properly.  He had no problem registering and having his credit card information credited, but the link to the actual course was not working.  He, too, had to engage “Live Chat.”

But then he wouldn’t sit at the computer and wait for the customer service rep’s response.  He had “other things to do” and “would get back to her soon enough.”

As he went through the various chapters, I would hear him yell to me, “What’s the answer to the question about … ?”  Or, “Hey, did you watch that video about … ?” (and he would then describe that video in great detail).  (Yes, dear, I took the same damn course!)

A little over halfway through, he decided to quit out for the day. I suspected that might be a mistake, but didn’t say anything. 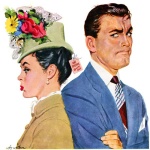 Sure enough, the next day the course had reset to the very first chapter.  More lengthy Live Chat time.  More moaning and groaning:  “I have better things to do with my life!”  “Why didn’t you have any problems with the course?” (now, isn’t THAT just begging an answer which would start a husband-wife argument?)

At one point, I told him he could stop taking the course and that I would be happy to pay the extra money every month just to end the grief.

At another point, I decided that I really needed to go shopping for something, anything – RIGHT NOW.

But, finally, the final page loaded with the final 3-question quiz.  (“It won’t let me go on – what should I do?”  (Just answer the damn questions, dammit!) )

And we were done! Half an hour later I was able to download his certificate, which I then faxed over to our insurance agent.  The premiums are back where they used to be.

THANK GOD WE ONLY HAVE TO DO THIS EVERY THREE YEARS! 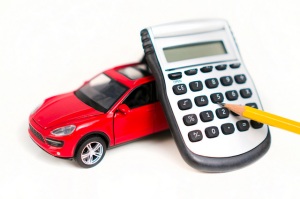 Images by Poul-Werner Dam, and Kim B/arro49hat, and Pictures of Money, respectively