My Rules vs. The Neighbors’ Rules 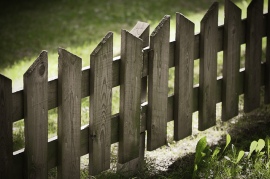 We all have rules we like to live by and hopefully they coincide with how others wish to live.  Every community has its own local laws by which its citizens are [allegedly] bound.

On my street, however, it seems I’m the only one bound by ANYTHING.  I go to work every day, pay my taxes, and try not to irritate those around me.  Not true of everyone else, apparently.

Here are some of my neighbors’ rules. – bear in mind while reading them that I live in a decent suburban neighborhood:

I don’t want to leave you with the impression that I can’t get along with ANYONE – it’s just that I seem to have had more than my share of bad neighbors.  This was brought home to me once when we were renting an apartment, and the obnoxious upstairs neighbor moved out – great relief to us!  But several months later, we moved into a larger townhouse down the road – and guess who our new next-door neighbor turned out to be?  Yep, the obnoxious former upstairs neighbor!  At that point, I just figured God had it in for me somehow. 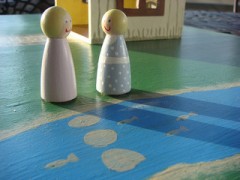 But there have been some wonderful people living near us.

How about you, folks?  Want to share your good neighbor/bad neighbor stories?  Let me know – if they’re especially amusing or enlightening, I’ll be glad to post them.

19 Responses to My Rules vs. The Neighbors’ Rules