Good Day to Be Sick 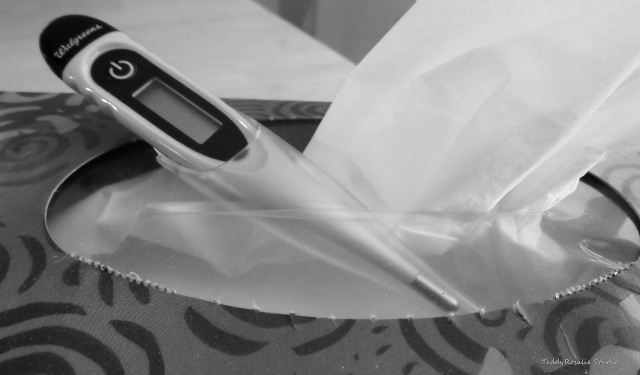 Hubby was sick a couple of weeks ago.  Guess who’s sick now?

Had to leave work early yesterday; woke up today with a worse sore throat, chest pains, achy joints, sinus congestion, etc., so no way I was going in.  Driving home yesterday wasn’t fun; today would have been downright dangerous.  At least the fever hasn’t spiked; I can manage everything with Tyelnol, Sudafed, fluids and soup.

Just as well.  We got our first snowfall of the season.  Just a dusting, but it’s cold and damp out there.

Puppy Cody had to go out, of course, so I took the opportunity to snap a few shots in the back yard while waiting for her to realize that the bunny really isn’t going to come over to play.  Silly bunny likes to lie right against the fence, nose to nose, knowing Cody can’t get to the other side.

Of course, as soon as I get close enough to the fence to photograph that bunny, the silly thing scampers off, ruining my shot.  Uncooperative little beast. 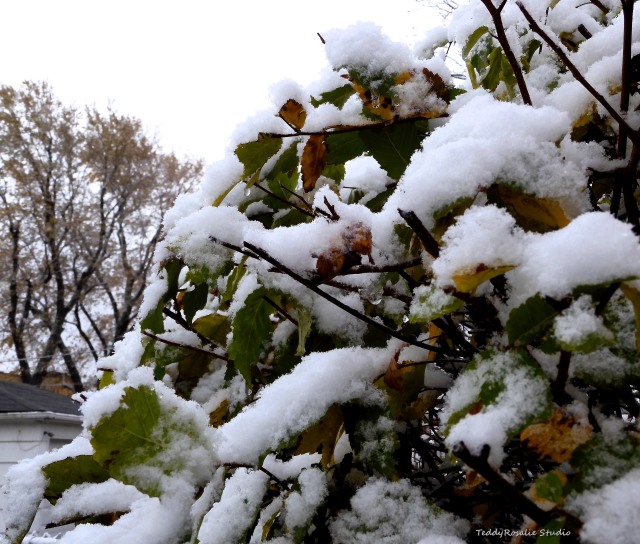 Now I’m going back to bed.  After which I’ll have some soup.  And then go back to  bed again.  I hear rest is the best thing when you’re sick.  Who am I to argue with that?

Probably won’t post tomorrow, maybe not for rest of the weekend.

16 Responses to Good Day to Be Sick