The Devil Made Me Do It – But An Angel Supervised

I sent the email on a whim.

The household construction was nearly complete, and I knew I would have to return to work soon in order to pay for everything.  At my age, it wouldn’t be easy finding a new job.  I could stretch my savings to cover expenses for February, and if I got desperate, I probably could cover March as well.  But then the cash would be gone.  Social Security would start in April but wouldn’t be enough for cover monthly expenses.

I decided to start looking for jobs in January.

Today’s job market sucks.  I didn’t particularly want to do telemarketing, even though I had experience.  Nor did I want to do retail, and I did not have experience in retail.  At the other end of the spectrum, I did not want to go back into a full-time role as a real estate paralegal (been there, done that).  I wanted something basic, where I could go to work, do my job, and go home without having nightmares about the job.  Part-time would be preferred.

I sat down with my bills and checkbook and calculated what I would need to earn in order to keep up with expenses.  I didn’t expect there would be anything left to go back into savings, but I was OK with that.

I began applying to job board listings.  An employment recruiter responded to the first one, indicating that she knew of no part-time positions – and apparently couldn’t be bothered with trying to find an appropriate full-time job for me.  I should have known.  I signed up with this particular recruiter a couple of years prior, and she was lame then.  I emailed her supervisor, who specializes in legal-field work – and received no response whatsoever.

I applied directly to a title agency which was looking for a typist.  I had worked with this agency while in my real estate paralegal life, and thought surely they would welcome someone with my knowledge and expertise.  I received no response to the application.

At this point, I was already getting nervous.  It had been less than a week of job searching, but it wasn’t looking good.  I decided to step things up a bit.

Networking!  Anyone who has spent years working in a particular field has likely built up relationships with other people in that field.  What better time to renew those relationships?  It had worked the last time I was looking for a job, maybe it would work again.

Facebook and text messages work well with close former colleagues, so I started there.  Within a day, I received a call for a phone interview with the firm one of my former colleagues now worked for.  The interview went well, I thought, although I wasn’t particularly enthused about the location (downtown) nor the job itself (overflow typist), nor the fact that it was 8:30-5:00, 5 days a week, and parking was not paid.

But again, I’d do what I had to.  The next step would be a face-to-face interview, and I would have to wait for a call back to set that up if they decided I was a good candidate.

Meanwhile, I received a response to one of my job board applications – very good job doing document production for a legal entity – but again, it was downtown, full-time (long days), and no free parking.  What the heck, anything works.  I set up a phone interview for a week from the upcoming Friday (it was the first date they had available). 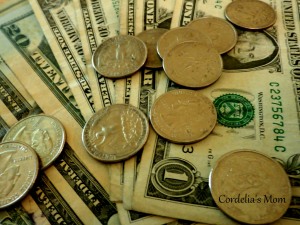 While recalculating my finances to determine how low a salary I could really take, and reconsidering my health to determine if full-time would kill me, a thought suddenly popped into my head.

Last year, while working The Job From Hell, I had received a call from an attorney I knew previously.  Let’s call her Angelica, in keeping with the title of this post.  Angelica handles estates and trust work, and I was handling a real estate file for one of her executors.  I had called her for information on the estate, and she was responding to my call.

Angelica’s first words to me were, “So that’s where you went.  We had an opening and I tried to call you at your old firm, but the number was disconnected.”

Damn, I was sorry I missed that call.

Almost a year later, I remembered that conversation and sent an email to Angelica, attaching my resume, with a note indicating that I realized she probably didn’t have any current openings, but to please  share my resume as she saw fit with anyone who might need someone like me.  She responded that she definitely would do so.

Two days later, I received an email from Angelica – her partner’s assistant had just given two-weeks notice.   Would I like to come in for an interview?

(Nah, too busy playing videogames … and who wants to work anyway?  Can’t I just go on welfare or something?)

We set up an interview for the next morning.

The plumber was at my house the day I received that email, water was off, and hubby and I were making alternate trips to wherever we could find a clean bathroom.  Along about 3:00 pm, it suddenly occurred to me – I hadn’t had a haircut since November!  I couldn’t go to an interview in my current state!  So hubby got stuck watching the plumbers (and Puppy Cody) while I ran off to my favorite hair salon.

To make a long story shorter (and I’m sure you know where this is going), the interview went extremely well.   I am hired!  Four days a week (9 to 5), good salary, free parking, and health insurance.  I will train one day next week and then start my regular schedule the first week in February.

There will be a lot to learn, and a lot to re-learn, but I’m up for it.

Life is good at the moment. I sincerely hope it stays that way.

By the way, the bathroom is done except for painting the upper walls! Check it out: 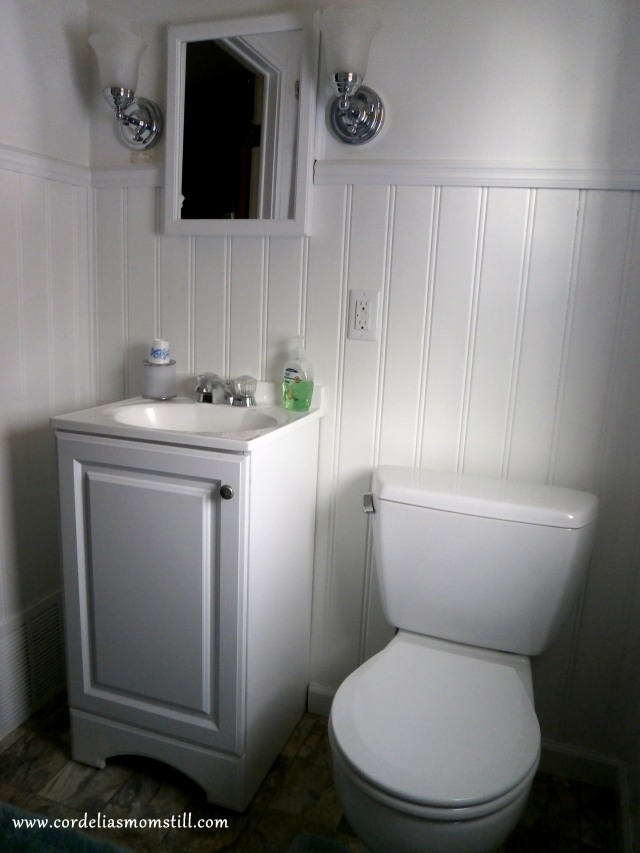 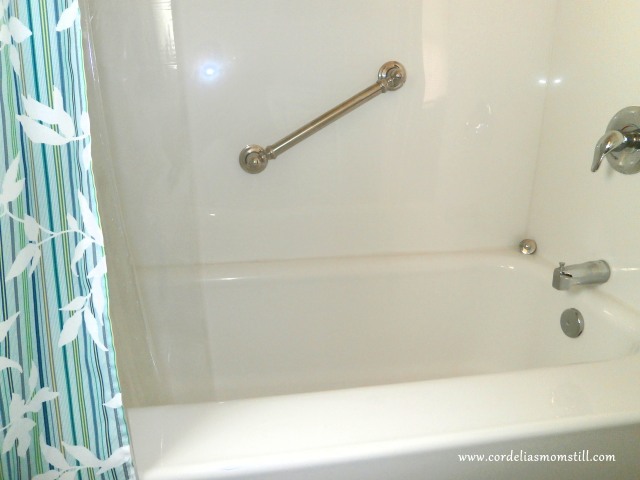