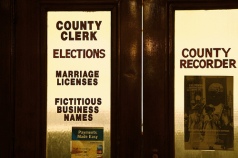 WARNING:  Some readers may find portions of this post objectionable.  If you are very conservative or religious, you may be better off on other sites today.

When I was a little girl, I dreamed of growing up to become [pick one]:  a nurse or doctor, a veterinarian, an author, a princess, a very rich wife.  Never once do I ever recall telling my mother:

“Mommy, when I grow up, I want to be a real estate paralegal.”

But here I am.

My mother used to ask me if I  “still sell real estate.”  For those of you who don’t know the difference, it is this: realtors sell real estate, while real estate paralegals close the deals that the realtors have put together.  It is a whole different world.

I don’t know about other areas of the country, but here in Western New York, the closing deadline in the contract is not carved in stone.  It is everyone’s best ESTIMATE of when everyone WANTS to close, but that deadline is affected by things like the buyers’ ability to come up with the cash, the buyers’ lender’s ability to release the loan for closing, and, of course, the sellers’ ability (and willingness) to actually vacate the premises on time.  And it is when the closing date is fast approaching that most of the buyer/seller issues arise.

“Evelyn” and her husband were a young couple buying their very first, modest house, in a first-ring suburban neighborhood.  I assume there was a  “Mr.  Evelyn”  but I never actually spoke with him.

At any rate, things ran pretty smoothly until a few days before the contract closing deadline, at which point Evelyn’s lender decided to ask for a ton of documents, which Evelyn, of course, swore she had already provided.  This is a very common occurrence – lenders often lose documents or ask for updated documents right before closing, which I tried to explain to Evelyn.  Evelyn was calling me every 15 minutes or so to ask if the bank would let her close yet.

Finally, at one minute to 5:00 on a Friday, the lender released the loan for closing.  I tried to call the lender’s attorney to schedule and got no answer, so I faxed over a scheduling request telling them I would call first thing Monday morning.

At 9:00 Monday morning, I called Evelyn to find out what days and times were best for her and her husband.  Her response? :  “Anytime tomorrow is good.”  Again, I don’t know about other areas of the country, but here a lender normally needs 3 business days from the time the loan is released to the actual closing date.  The quickest I’ve ever seen is 2 business days, if it is a very small lender who isn’t terribly fussy about its loans.

I tried to explain this to Evelyn.  Evelyn whined and stated that she couldn’t understand why, if everyone simply worked their hardest, we couldn’t close the very next day.  Again I explained, and  I thought she understood.  We agreed that closing on Wednesday would be OK.  I set it up with the bank attorney, who really wanted to close Thursday but agreed to close late on Wednesday, after I did a little whining of my own.

Next thing I knew, Evelyn’s MOMMY was on my phone.  I had never before spoken with Evelyn’s Mommy, but now I learned where Evelyn got her unreasonableness.  To make a long story short, at the end of the call, exasperated, I agreed to call the bank attorney back up and try to reschedule for the next day, with no promises.  By now it was mid-afternoon on Monday.

Well, somehow the stars aligned, or else Evelyn’s Mommy had some pull that the rest of us on this earth don’t have.  Or maybe Evelyn’s out-of-state lender really didn’t care who got that loan.  It also helped that the lender’s attorney was a small, flexible firm.  Because somehow we got that closing on for Tuesday afternoon.  And somehow it went off without major hitches.

And everyone was happy, or so I thought.

The day after closing, I was walking past my boss’s office and heard him say, “Well, didn’t you do a home inspection?  And didn’t you do a final walkthrough?  You didn’t see the water at that time?  You didn’t say a word to me about it at closing.  Evelyn, I don’t think there’s anything we can do about it now, but I’ll see what I can do.”

This one is still pending.  Hope Evelyn’s Mommy still has that unearthly pull.  I’m staying out of the whole thing at this point.  “Don’t upset Evelyn” has become my office code phrase for difficult clients.

But at least neither Evelyn, nor her Mommy, were violent. 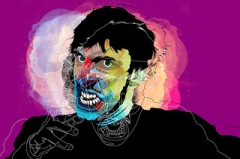 IF THIS DOESN’T CLOSE …

Another young couple, buying their first home.  This time, I dealt with the husband.  He seemed pretty normal, until his lender delayed his closing, again by asking for last-minute documents.

The contract closing date came and went.  My client came to my office on a day when my boss was gone, and I had no one to back me up.  I could tell by my client’s dilated eyes and somewhat jerky walk that he was not just angry, there was a good indication that he had taken some kind of mood-enhancing drug prior to driving downtown.

I tried to explain to my client why his closing was being delayed, and that it was not unusual and would be resolved shortly.  He glared at me and said:

“Ok, but I have to tell you, if this doesn’t close pretty soon, I am going to kill someone.”

I didn’t think he was kidding.  I got him out of my office, and thank heavens, his lender released the loan the next day and we got him closed within the normal 3 business day schedule. This was the only client I’ve ever been afraid of.

But at least neither of those clients was totally weird.

My client was a woman who used to be a man (yup, you read that right).  He/she was selling to a professional, gay, male couple.  The buyers’ attorney was a very outspoken gay man.

(This particular attorney had once stopped me in the hallway prior to a closing, with the comment, “Don’t even go to the table – my client is a flaming queer, and I should know because I’m one, too.”)

The buyers’ lender was represented by a woman who had been doing these closings for, like, a million years and was totally unflappable.  Her job was to get the loan documents signed, and she had no interest in anyone else’s personality or sexual preference.

During the course of the closing, the buyers’ attorney would periodically let loose with some comment about my client’s transgender issues.  He referred to he/she’s victorian style of dressing, he/she’s choice of his/her new name (also victorian), he/she’s preferred household décor, etc.  Everyone pretty much ignored him.

Guess that bothered the attorney, because all of a sudden, he blurted out to the bank paralegal:

If you have one, why would you have it cut off?”

I wanted to crawl under the table, and the buyers themselves looked absolutely mortified.

God bless the bank paralegal.  Her hand barely paused in handing over the next document, and without so much as a sigh, she continued to have the buyers sign their documents.

Since the buyers’ attorney had thus failed to get the effect he wanted, he simply went on to other topics, like Catholic school education and abusive nuns.  Somewhat safer, although still unprofessional topics, in my view.

Every job has its high points and low points.  My job, while often tedious and exasperating, at least is never boring.  Sometime in the future, I may share some of my other job stories with you, and I’m sure I’ll have some new ones by then.

But hopefully with no more Evelyns.