When the House Itself Says Trick or Treat 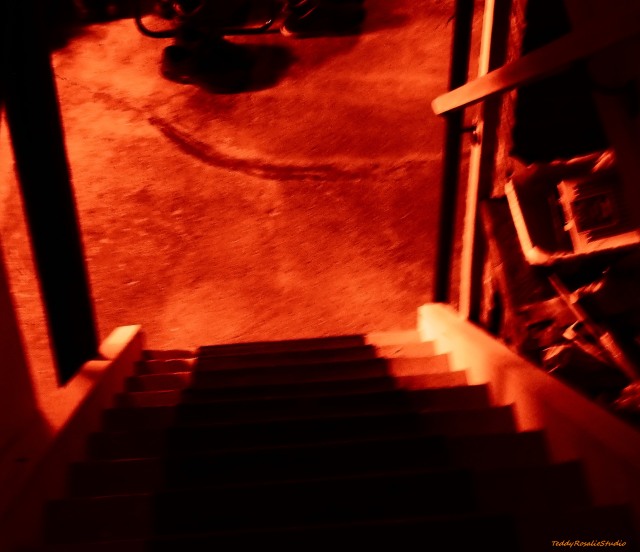 Most of us have been there, many more than once.

You spend months searching for that perfect house, submitting bids and finally winning one.  You do the home inspection, arrange for financing, and eventually close the deal.  You move in, anticipating that some cosmetic updates will be required, such as painting, curtains, maybe floor sanding or new carpeting.  You may even set enough  of your now limited funds aside for replacing the old lead pipes with copper or PVC (depending on the building code in your area).  After all, these  upgrades are what make that house your home.

It isn’t very long, however, before you discover that most of those major updates detailed on  the realtor’s listing were done by the seller on the cheap and others weren’t really done at all.  None of the windows open and all have to be replaced (ok, so this one maybe you knew about before you moved in, and maybe you budgeted accordingly).  The “new” furnace and hot water tank both fail within the first two years and have to be replaced.  Tearing up the ancient, smoke-infused carpeting reveals “original hardwood floors” that are seriously discolored by pet stains and other fluids you prefer not to think about.  In some spots, the hardwood is damaged.  In other spots, the hardwood is covered by asbestos based linoleum which could only be removed by a professional contractor with the proper environmental license.

Fine, so you go with new wall-to-wall or area rugs.  Hardwood floors are cold and noisy anyway, right?

One of the selling points when you purchased was that the roof had been redone within the last 7 years.  But the then-owner hired a fly-by-night roofer.  Long ’bout Year 3 in the house, a sustained windstorm blows half that roof off, and the roofer is no longer in business.  You have to add an entire new roof to your overly stretched budget.  And heck, as long as the contractor is up  there anyway, why not take down the old crumbly chimney?  It’s no longer needed – the furnace and hot water tank which you installed both vent out the back wall of the house.  And you weren’t happy when the town building inspector knocked on your door to tell you he saw birds flying in and out of the top of that chimney, so maybe you want  to do something about that before they get in the house?

Long ’bout Year 4, you think you’ve pretty much done anything that could possibly be needed in the house.

Then the main electric panel goes down and can’t be rebooted.  For safety reasons, it’s advisable to replace the whole thing rather than try to repair individual wires and circuit breakers.  Even the outside wires and the meter are replaced.  The house is 82 years old and that was the original wiring, with the exception that at some point the fuses were replaced by circuit breakers.  But who knows how old those are?  So, the electric gets upgraded.

Within months of the electrical repairs, your area experiences a sustained series of torrential downpours.  The sump pump which you haven’t heard running in four years is now struggling constantly to pump water away from the basement.  You congratulate yourself that you had the foresight to purchase a home that had previously been waterproofed by (hallelujah!) a reputable well-known company which has been in business for many years.

Then, you notice a smell in the basement.  It’s not a damp smell, it’s not a mold smell.  It’s shit.  That’s right: sewage somehow seeping into the ground water.  And now that it’s late October, the heating season is upon you and each time the heat kicks on, that smell gets drawn into the house itself.  The plumber confirms your worst fears – there is a break in the sewer line underneath the house.  It is a pipe under your property, which means you own it and are responsible for maintaining it.  You can’t call the town’s street department and complain, it’s not their problem, it’s yours.  The entire system must be replaced, in the basement, under the yard and out to the town’s sanitary sewers.  The 15-year-old sump pump will also have to be replaced.  The bubbler system installed by the waterproofing company will need to be flushed and possibly repaired in spots. Once the sewer repairs are completed, grading and landscaping will be required.

A good portion of your recently revamped savings account will now disappear.

Houses are fun, aren’t they?

But at least you have  good neighbors and a decent neighborhood.  Even if you wanted to sell at this point, no one would consider a house that  smells of shit as soon as you walk in the door.

And certainly, there’s nothing more that can go wrong, right?

One can only hope.

Happy Halloween, Everyone!  May your own house behave.

23 Responses to When the House Itself Says Trick or Treat