Teddy Rosalie Goes to the Library 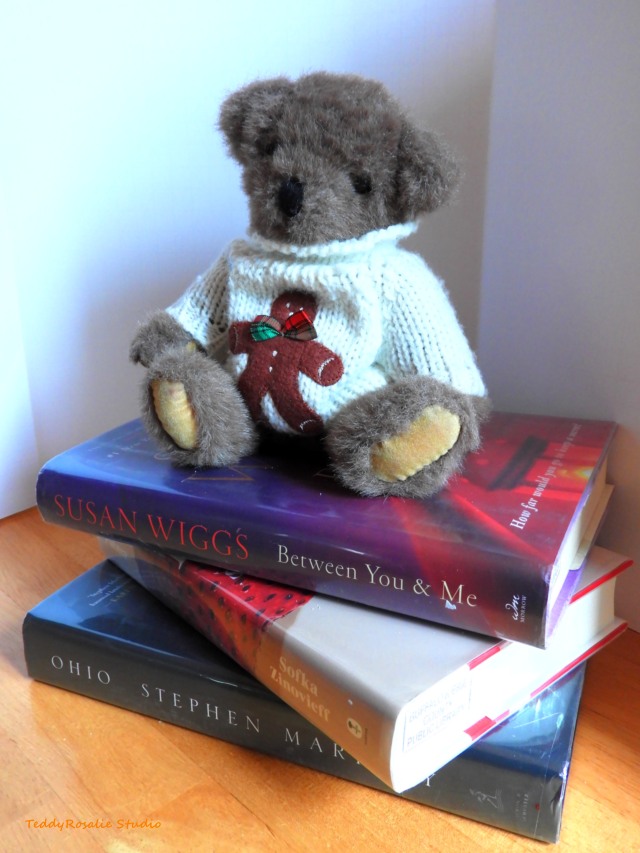 So Teddy Rosalie and I took a short trip to my favorite library branch, the Audubon Branch, next to Waltons Wood Park in Amherst. 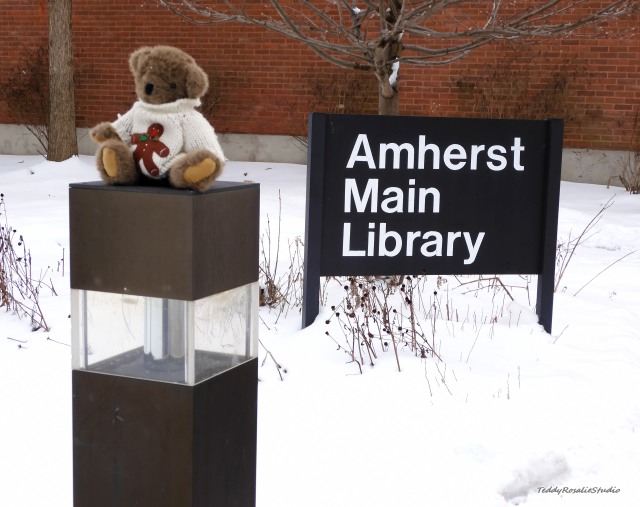 Teddy had never been inside a library and wasn’t sure what to expect.  She’s not much of a reader, but she did want to get out of the house for a change.  Especially since she could be free for awhile from that nasty Puppy Cody, who’s always trying to eat her.

I let Teddy return the book I had already read.  She wondered where it went after it dropped through the slot, and I assured her it was safe and would be taken care of by the library personnel.

My favorite section of the library is the Nearly New area; in fact, I seldom go into the stacks themselves because I always find something to read in Nearly New.  Teddy helped me pick out some  reading material: 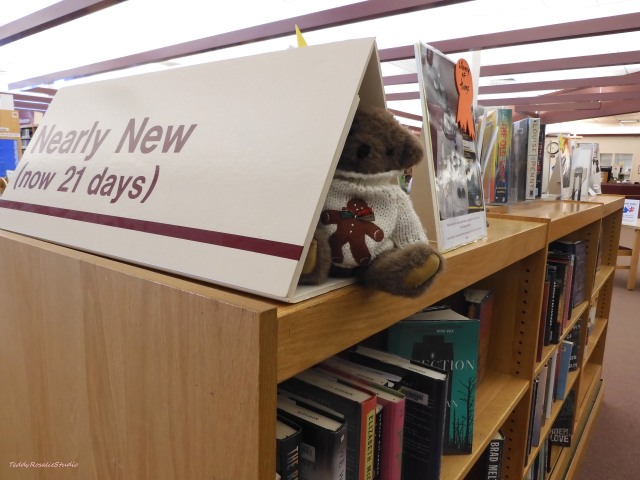 Of course, she then immediately became bored, so I sat her at the puzzle table while I finished making my selections:

Apparently, Teddy’s a whiz at putting together puzzles.  Who would’ve known?

Teddy wondered around a bit and was happy to meet Roscoe:

When it was time to leave, I allowed Teddy the honor of checking out the books.  The computerized checkout is efficient, but personally I kind of miss the days when the librarian had to punch cards to slip into each book.  My younger readers probably don’t even know what I’m talking about.

On the way out, we spotted a desk with LEGOs construction on it, and Teddy just had to stop to look:

I’m a bit of a nervous photographer, so all the pictures I took inside the library I did quickly and quietly.  I was afraid someone would spot me and throw me out or something.  So far, that hadn’t happened.

But just as I snapped the shot of Teddy in front of the LEGOs, a librarian approached from behind the desk.  A rather tall, male librarian.  I nearly peed myself, but I managed to mumble that Teddy Rosalie likes to go various places to do photo shoots and that today she had decided to visit the library.  The librarian smiled and suggested that perhaps I would like to take the photo from his side of the desk so as to get Teddy’s face.  Really?  That’s allowed?  Of course!  So I did: 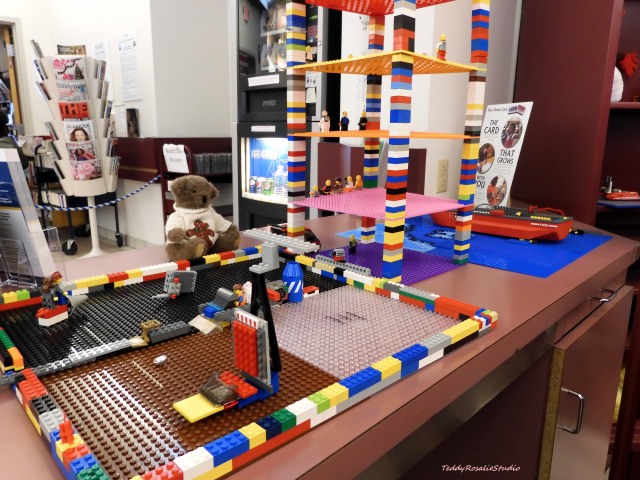 Doesn’t she look happy?  I know I was.

Like any other child (or child-like, at least), Teddy simply could not go out and get in the car without climbing up the snowbanks first: 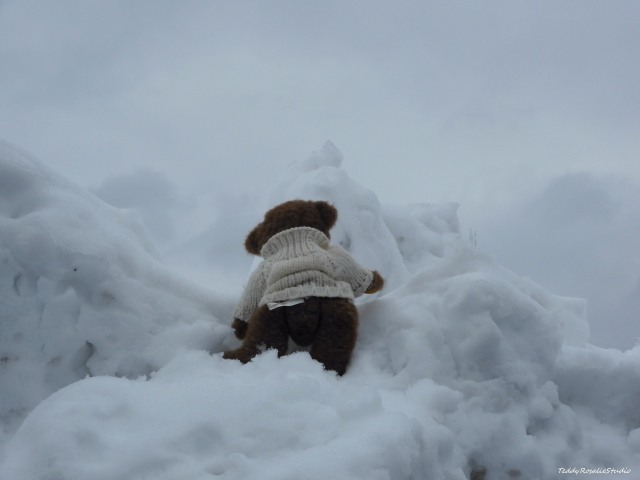 “Queen of the Hill”

Trust me, I wasn’t particularly enjoying that part of the trip.  It was cold out there!

But despite the cold, once I got Teddy buckled in, I thought I would take a quick stroll through the park to see if I could get some nice winter shots of the pond.  Sure enough, as soon as I got to the water’s edge, I saw the perfect shot.  It required just a bit of climbing down a slippery slope, but I was ready.  I aimed, adjusted the camera controls, and clicked.

Instead, I got that most feared of all photographic warnings: Battery Exhausted.

Damn, I thought I had charged the darn thing recently.  Guess not.

So ends another fun WNY weekend.  As evening approaches, I’m ready to relax:

“May the Evening Begin”

Back to work for most of us tomorrow.  Enjoy the upcoming week, Everyone.

23 Responses to Teddy Rosalie Goes to the Library