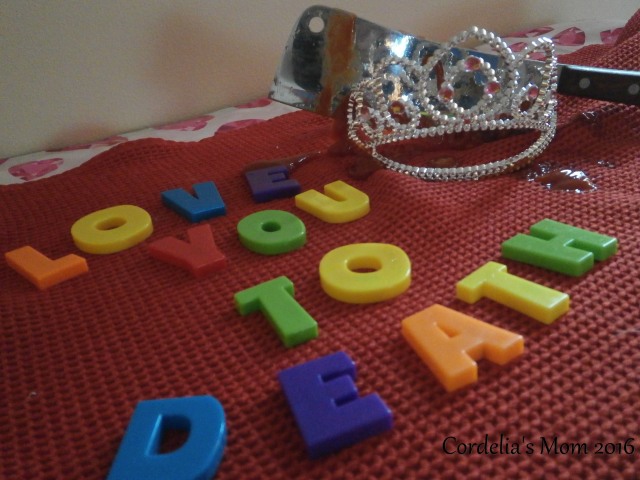 Jimmy (not his real name) was charming. Jimmy was loving.  Jimmy was fun.  Jimmy enjoyed cooking, and when not working his construction job, he cooked at various restaurants.  People would follow him to each restaurant because his food was so good, and presented with such zest.  Everyone loved Jimmy.

I was young and in love. I ignored the signs.

There was a reason Jimmy had fled his home state, and it wasn’t the reason he gave me.

There was a reason Jimmy’s first marriage had failed, and the fault was not completely his wife’s, as he had told me.

Who do you know that carries a hip flask? Jimmy did.

Who do you know that brags about hurting other men in bar fights? Jimmy did.

There were reasons Jimmy lost or quit every job he held. The day before we married, he came home from his construction job happy that he wouldn’t have to return soon.  I assumed he had taken vacation time for our honeymoon.  Years later, I found out from a friend that he had quit his job, telling his boss that he didn’t need to work anymore because his new wife would be able to support him.

Jimmy was happy to treat me like a princess as long as I footed the bills.

Until he stole all of my money and spent it on booze, leaving no food in the house and forcing me to choose between feeding my dog and feeding myself (the dog won).

Until he held a shotgun to my head and told me he was going to blow my fucking brains out.

What caused such rage, you ask? Jimmy had just finished 6 weeks of alcoholism treatment at the VA hospital.  Every day, I worked 8 hours, then took 2 buses to visit Jimmy, followed by 3 buses back to my suburban apartment.  Jimmy seemed to be doing well – I was so proud of him.  Finally, we could get our lives on track and become the couple we were meant to be!

Unbeknownst to me, one of Jimmy’s “friends” smuggled booze into the hospital on a regular basis. The day Jimmy came out of the hospital, he went to a party and came home drunk.  I told him I hoped it was worth it because it was the end for us.  I then searched for the bottles of liquor he had stashed away, and poured it all down the toilet.

Hence the threat of impending death.

Soon enough, Jimmy passed out drunk (guess I missed a bottle or two). I carefully dismantled the rifle.  Me – who had never even touched a gun.  It’s a wonder I didn’t blow myself up.  I threw the firing pin off the apartment’s balcony.

After my panicked call to my mother, my father (bless his heart) corralled my brother and the biggest friend my brother had, and drove over 400 miles to pick me up. In the dead of winter.  Mere days after a major snowstorm.

I left 99% of what I owned sitting in that apartment, taking only enough to fit into the back of my father’s station wagon. And my dog, Sherman.  Only lovable Sherman kept me sane in the following days.

In Dorothy’s famous words – there is no place like home.

My mother (bless her soul) never once said I told you so. Later she told me she was shocked by how thin I was and was both amused and chagrined at how much food I shoveled in during the first few days back home.

Sometimes you’re powerless to stop your kids from making horrendous mistakes – all you can do is wait by the sidelines until comfort is needed. Sometimes you can only hope that you will never have to comfort your own kids the way your mother comforted you.  Sometimes you can only pray that the feeling of spiders crawling up your spine is just overreaction.

I re-built my life and soon met the man who became my second husband and the father of my children. He was in Buffalo all along.  Perhaps I never should have left home.

NOTE TO READERS:  If you’re ever afraid of your partner – the very first time you’re afraid – get away!  He (or she) is not going to change.  Things are not going to get better.

46 Responses to Oh Lord, Please Don’t Let Me Be Misunderstood