Sometimes Paul Curran makes me laugh, and sometimes he reminds me of my own stories. Recently, he did both.

Paul’s story reminded me of my own family’s very first computer. For years, we had fought against getting a computer, despite the kids coming home every other day and telling us that all their friends had them. This was back in the early 1980s when computers were not a necessity in every household.

Eventually, we gave in – and I became the computer guru in our house.

For those who don’t remember, in the earlier days of personal computers, it was necessary to periodically manually delete cookies and browsing history. So, one fine weekend morning, I set about to do just that.

When I pulled up the browsing history, I noted quite a few sites with the word “pussy” in them. My first thought was that one of the kids was doing a project on kittens. Until I checked one of the sites.

While speaking with my husband the next morning, I managed to bring the conversation around to computers.   Calmly, I asked, “Did you know that it’s possible to find out every site everyone visited while on the computer?” He didn’t say a word. I continued, “So if someone’s been somewhere they maybe shouldn’t have been, it would be wise to delete the browsing history right away before the kids find those sites.” And I explained how to do so.

He promised it was a one-time occurrence because it was a new computer and he was curious, and that it would never happen again.

I believed he was keeping his word – until the day the computer froze up because it had somehow or other downloaded a virus. From the type of virus, it was quite easy to figure out what type of site it came from.

Hubby had to take the computer to the local Best Buy and pay to have the virus removed. Fortunately, they were able to do so. That time. The next time it happened, I had to buy a new computer.

After that, I bought my husband his very own laptop. No longer was he allowed on my desktop PC. 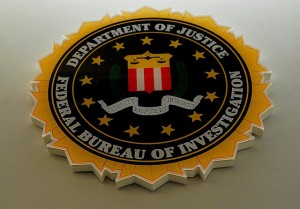 Things went along well enough for a year or so, until his laptop somehow managed to download one of those viruses which instructs the user that the FBI has caught him in an illegal act and that he must go immediately to the nearest corner store and buy a cash card to pay the fee. The cash card information is to be entered into the box on the virus-controlled screen specifically set up for that purpose.

Hubby didn’t tell me about it until the next day when his computer insisted on booting up with that same screen still running. Fortunately, he hadn’t purchased a cash card, but only because the corner store was closed at that time of night.

I laughed my ass off, then went onto my own computer and pulled up the official FBI website, which explained how the look-a-like site worked.   But did hubby get off scot-free? Not on your life. He was the one who had to take the laptop to Best Buy to have them clean out the virus [again].

He encountered quite a long line at Best Buy. Apparently, on the same evening, a whole bunch of people managed to download “FBI” viruses, including a couple of sweet-looking little old ladies. Sheesh, people, don’t you have anything better to do in the wee hours of the morning?

Household technology has been running smoothly for awhile now, but I’m not letting my guard down. After all, men are pigs – at least some of the time.

And I suppose I could download a virus myself someday considering all the spam comments I receive. If that happens, I’ll just quietly go out and buy myself a new computer without telling Hubby about it. I don’t need his snide remarks.