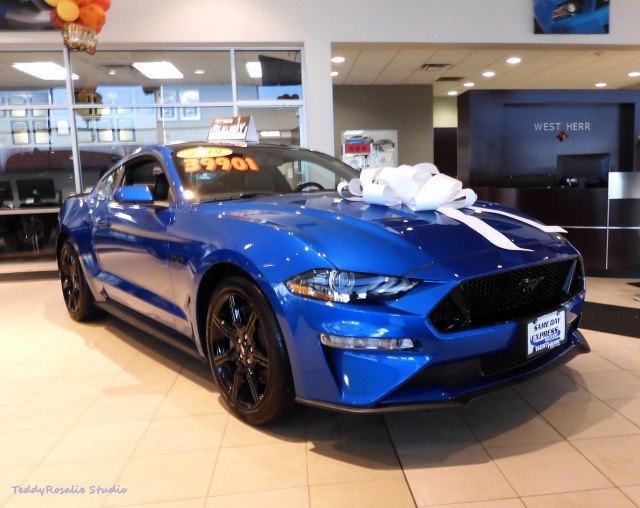 “Wow, you put a bow on it and everything!”

No, I didn’t buy the blue Mustang, but that is how I greeted my favorite saleslady at the car dealership.  I have been buying my vehicles through this saleslady at this dealership since 2008.

Which is why, when I saw the ads that Ford was offering incredible incentives on the 2019 Escapes, I immediately made an appointment to check things out.  The lease on my 2017 Escape would expire early in 2020, and the 2020 Escapes were way out of my price range, with no current incentives.  Plus, they’ve been re-engineered, and I like the way they are now. 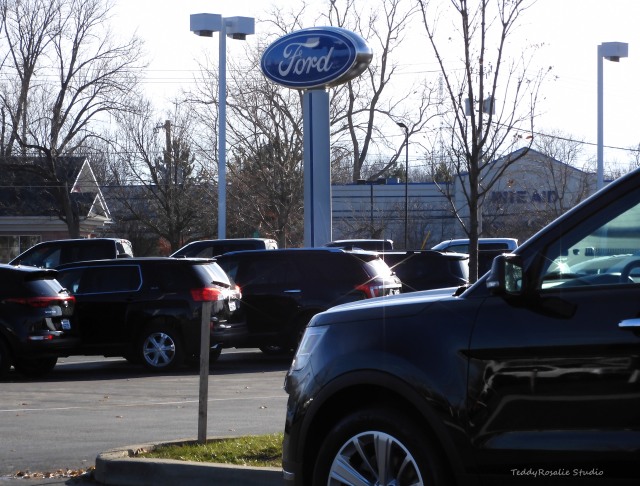 I made the appointment for Saturday morning, the weekend before Thanksgiving.  Friday evening, I checked the stock at all the local dealers and realized 2019 Escapes were rapidly disappearing; in fact, according to the online listings, my dealership had only 11 on Friday afternoon, down to 8 by early Friday evening, and only 5 left by the time the dealership closed.  The stock at the other dealerships was also rapidly decreasing.

While I’ve always enjoyed the process of buying a new car, I knew this time things would be a little different.  Higher car prices, lower stock, tighter personal budget.  And the fact that my husband had changed dealerships just a few months before because our dealership did not have the vehicle he wanted and couldn’t get any more.  (His sedan model was being discontinued, and only a few were left anywhere.) 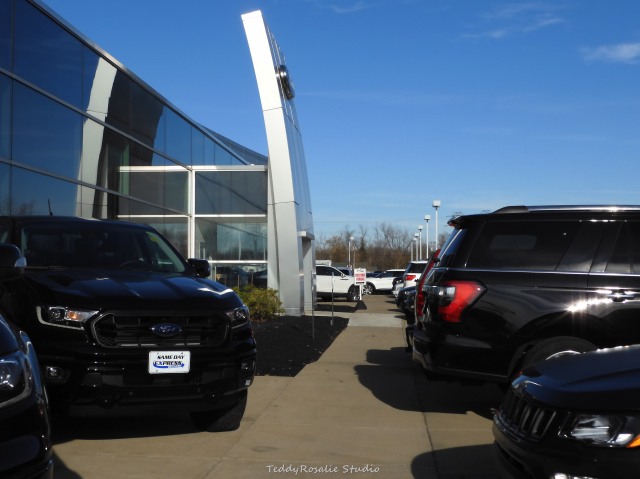 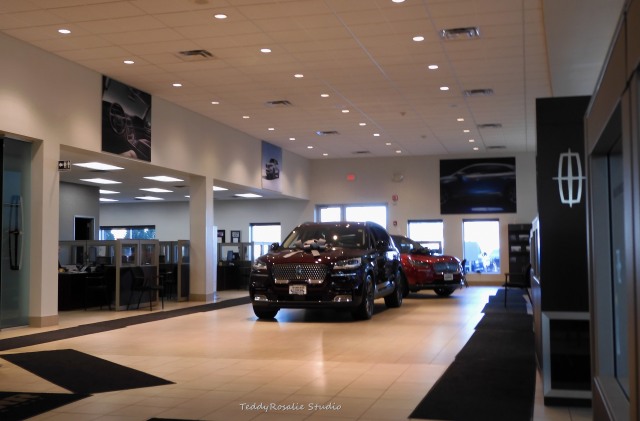 I arrived at the dealership at 10:30 am on Saturday, and already things were not looking good.  Only 2 or 3 Escapes were left.  My saleslady had run numbers for me, and a purchase was out of my budget despite a hefty down payment.  There was an SE in my price range for a lease, but that was sold only a few minutes before I arrived.

One of my caveats had been that I didn’t want a vehicle with “those black wheels” because my husband was of the opinion that those particular wheels had low-profile tires, which are not good for winter driving.

The only Escape left was white with black wheels; on top of that, it was an SEL, which carries a higher price tag than I can handle.

The saleslady began calling around to other dealerships to “locate” an Escape for me.  She was getting nowhere.  I was ready to leave and drive over to my husband’s new dealership, even though their website also showed extremely low stock.

In frustration, the saleslady asked if I would consider the white Escape SEL despite the black wheels, if she could get me a good deal on it.

I called hubby and asked him to come to the dealership, even though I knew it would be a bit uncomfortable for him, considering recent history.  While waiting, the vehicle was brought over.  Low and behold, although the car had dark wheels, they were not the same black, ghetto-looking wheels I was against.   The saleslady, her assistant, and I all agreed that they were not low-profile tires.

Hubby arrived and said the tires in question were low-profile.  He told me not to buy that car and to go over to his new dealership.  Things began getting a bit tense.

The saleslady called the Parts Department, who said the tires were not low-profile.  On the test drive, we went over to the Service Department and dragged out our favorite service advisor (who has been there forever and has always been totally honest with us).  He looked at the tires, confirmed they were not low-profile, and said they were good brand-name tires which would be perfectly adequate for winter driving in our area.

Did I mention that the white Escape SEL would come with remote start, heated front seats, heated side mirrors, automatic lift gate, and lots of other features that my 2017 Escape didn’t have?  And that the white 2019 Escape SEL was stunning, with a beautiful upgraded two-tone “faux leather” interior?  And a leather-wrapped steering wheel?

Like the good wife I am, I opted to ignore my husband.  I sent him home while I continued negotiations.

I don’t know how the saleslady and the finance guy managed it, but they eventually got the numbers down to where I needed them.  I drove away in a beautiful upgraded vehicle, with monthly payments the same as they were on the old vehicle.

God, I love my saleslady and my dealership,. 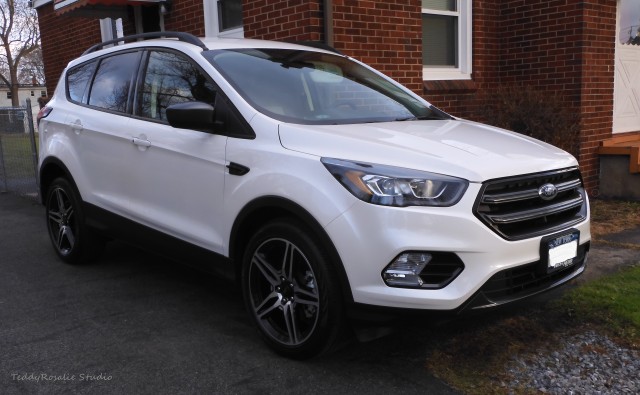 Now, I have to drive my beautiful brand-new vehicle to work tomorrow, through crappy weather and city traffic, over potholed city streets.  Maybe I should just stay home.  But of course, then I wouldn’t get paid and my budget can’t handle that.  I’ll deal with it.  That new car smell with make it easier.

25 Responses to Glad I Didn’t Wait for Black Friday