Yes, Virginia, there is a Blogging Community! (Or: It Takes A Blogosphere) 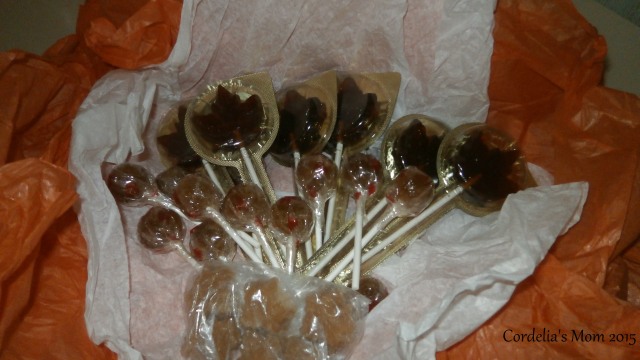 G.O.D. has not only spoken, he has also given me maple sugar suckers!

For those of you who don’t know, G.O.D. is the Grumpy Old Dude (Archon from Archon’s Den).  Although I’m pretty sure I had not said anything online, I was feeling a little down about the fact that a number of my blogging acquaintances have recently closed up shop, some permanently.  In addition, it was my birthday this past Sunday, which I tried valiantly to ignore. 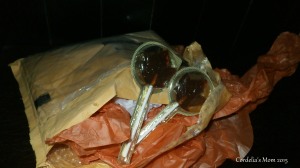 Then, on Monday, I brought in the day’s mail and found a Canadian post package from Archon.  How sweet (no pun intended) that he and his wife remembered how pleased I was at receiving maple sugar suckers when we met in October, 2014 (my, it’s been  six months already?!).

Later this year, I (and a companion to be chosen) will venture into Canada for another meet-and-greet with Archon and his wife.  In the process of planning the trip, numerous thoughts have been running through my brain (that happens sometimes).

Only a few years ago, I had no idea what a blog was, much less how to create one.  Had it not been for Cordelia paving the way, I still wouldn’t know.  Nor would I have had the courage to find out.

Because it does take courage.  Unless you’re an established writer/poet/ photographer/artist, opening up a blog is like your first day at a new high school.  You want so much to fit in, you hope everyone won’t make fun of you, you hope you will make at least one new friend.  Maybe you’re a little nervous about maneuvering from class to class post to post through unfamiliar hallways themes/pages. 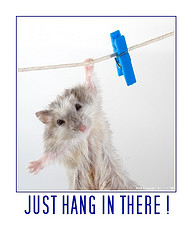 I was absolutely terrified.  The night before Cordelia published my first guest post, I awoke every few minutes with thoughts of, “Damn, I should have said…” or “Was that one stupid topic I picked, or what?” or “Why the hell did I let her talk me into this shit?”

The rest, of course, is history. And I have the blogging community to thank for it.

Yes, you can make friends through the blogosphere.  You can build emotional connections with people you have never talked to in person.

There are well-known bloggers like Opinionated Man, who has been doing an incredible job of introducing newbies to the rest of the blogging world.  How he finds them is beyond me. How he found me at the beginning really boggles my mind – suddenly I was being followed by someone with (at that time) 40,000+ followers of his own?  Jeepers.

I had a slight advantage in that I began posting on an already established blog.  By the time I split off and established my own site, I already had a few readers.  I was thrilled when those readers followed me over, but secretly, I always wondered why. 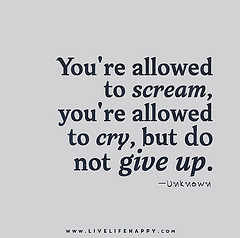 Early on, I received an email which stated, “Your blog is a gift I look forward to.”  It was a legitimate email, not spam, and I can’t express how that one sentence boosted my confidence and gave me the courage to continue.  And I did – I managed to bull my way in somehow.

I specifically remember the time I asked Cordelia if it was OK to comment on the blogs of people I don’t know.  I thought it was kind like walking into a restaurant and sitting down at a strange family’s table and taking over their conversation.  Really, I half expected some of the more experienced bloggers to reply to my comments with something like, “Get off my site, Newbie!”  That never happened.

From commenting on other sites, I advanced to picking up ideas from other sites.  Sometimes, I even did my own post linking back to another blogger’s earlier post.  Again, I expected objections, and again, I was accepted – not only accepted, but other bloggers began coming over to my site to see what was going on, and many of them decided to follow me while I was following them. 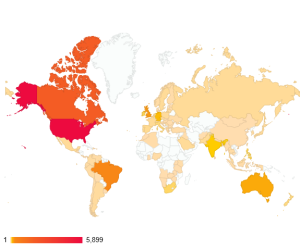 Recently, another blogger emailed me about plans to close up shop due to personal problems.  There are millions of bloggers in the world today, and that individual chose me and one other established blogger to whom to relay the news prior to posting about it.  It broke my heart, but at the same time, I felt very special that such a strong connection had been made.

And then, just last week, Doobster (of Mindful Digressions) announced that he is shutting down his blog, possibly permanently.  Doobster has been blogging for a long, long time, and we will all miss his posts.  Heck, I can’t even include a link here because his site has been designated as “private” and has disappeared from the list of blogs I follow.

While I am saddened by the discontinuance of the aforementioned blogs, I am pleased by the recent addition of followers and by the discovery of several new blogs that I can follow. And I am absolutely thrilled that, along with others, I have been able to provide a platform to people like Paul Curran (see Categories on the right-hand side of this page), who doesn’t have a blog of his own, but has so much talent to share with the world.

So long as I am blogging, and my blog is growing, I will make every effort to boost the confidence of newer arrivals, like others did for me when I was starting out.

We are all in this together.  We all help and support each other.  So far as I know, there have been very few reported cases of bloggers competing with each other or trying to sabotage another’s work.

And that’s the way it should be.  There’s plenty of room for everyone in the blogosphere, as long as they wish to stay.  To those who have opted to close up shop:  we will all miss you.

Now, to all you newbies – come on over and join the fun any time you want, and stay as long as you want.  That’s what it’s all about here in internet land.

18 Responses to Yes, Virginia, there is a Blogging Community! (Or: It Takes A Blogosphere)