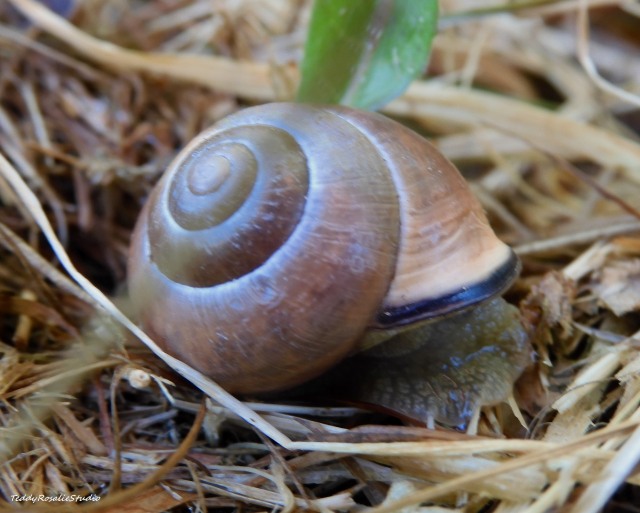 You’d think since the snail was sitting still, I’d be able to get a nice clear photo – but you’d be wrong.  I bent as low as possible and couldn’t keep the camera from jiggling slightly.  I used the non-shake setting on the camera.  I used both the macro and non-macro modes.  I tried putting the camera on the ground but then the angle was too low to get a good view of the snail’s head.  Nothing worked to my satisfaction.

Part of the problem is that my left leg no longer bends the way I want it to, and if I try to force it, it locks.  When not bent, it simply hurts.

I told all this to my prior family doctor, and his response was that I’m just too fat and should join a gym.  I told him I can’t afford a gym.  His reply was perhaps I could hire a personal trainer.  Really?  And he wonders why I changed physicians.

My new doctor listened, examined my very swollen leg, and sent me for a dopplar study, which showed some circulatory issues.  An ultrasound which had been done previously showed arthritis in the knee.  Combined, these problems make it difficult, and painful, to go out walking with my camera like I did not all that long ago.  I suspect any underlying problems increased when I was rear-ended at a stop light a few years ago.

It’s a bit of a Catch 22 – walking would help with the weight gain and mobility issues, but the pain keeps me from walking more than a very short distance.

The stockings work!  I’m still not out jogging, but at least I can move around a bit more.  It’s amazing how much the pain has been reduced in that left leg.

Now if only that doctor can find a way to help me take better photos of tiny outdoor critters.

By the way, I “boosted” this photo on YouPic, and it has now become my highest “liked” photo, even beating out my deer pictures: 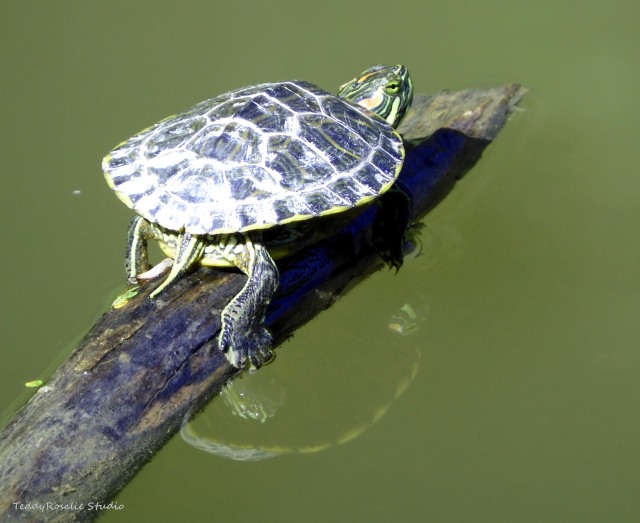 That little turtle was only about an inch in diameter and was sitting on a branch about six feet from the bank of the pond.  I always thought that shot turned out well, despite the lighting problem on the shell.  I especially love the reflection in the water.  It’s good to know others think so, too.

For those of you who prefer “pretty” pictures, I offer a new shot of Lathyrus (Perennial Sweet Pea) that I found hanging near the snail: 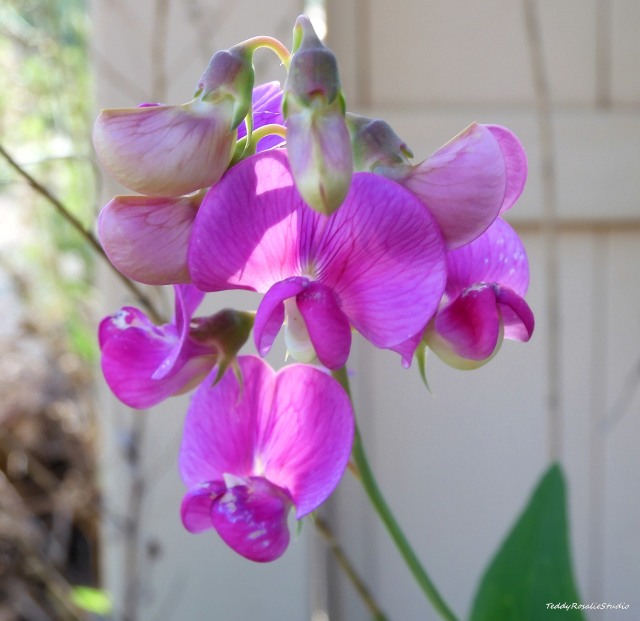 If the weather is nice wherever you are, get out and enjoy it.  I intend to.

13 Responses to Slow and Twisted