WHAT IS A COLONOSCOPY REALLY LIKE? — The Infamous Prep 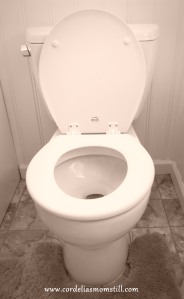 Who wants a day of fun? Just schedule a colonoscopy and follow the prep instructions carefully.

For those who don’t know it, there are several types of colonoscopy preps available.  For my first colonoscopy, I underwent one of the hardest preps, which entailed drinking 3 liters (that’s an entire gallon !!) of a solution called GoLytely, over a two-hour period, the morning of the test.  It’s hard enough for most people to drink that much in that short a time, but try doing so while experiencing vomiting and explosive diarrhea.  It sure cleared out the gut, but I thought I was dying.  Fortunately, I don’t think that particular prep is used much any more.

The second colonoscopy was also a “hard prep” which involved drinking two 10-oz bottles of magnesium citrate along with ingesting 4 or 5 Dulcolax pills.  You do not want to suffer this prep, trust me.  There are better ways to go (pardon the pun).  It was every bit as bad as the GoLytely prep.  The manufacturer had endeavored to flavor the magnesium citrate (choices were “lime” or “lemon”), and the doctor’s office suggested chilling it thoroughly to make it more palatable.  It was still disgusting – like drinking sea water. I managed to get it down despite the gagging,  and it worked almost immediately.  Boy, did it work!  Like with the GoLytely, I thought I was dying.

By the third colonoscopy, the medical community had developed a somewhat gentler prep procedure. My third prep consisted of drinking one 10-oz bottle of magnesium citrate, followed the next morning by mixing a 255-gram bottle of Miralax with 64 oz of Gatorade, which then had to be drunk within a 2-hour period.  No Dulcolax with that prep.  Gatorade choices were lime or orange – red and purple were not permitted because of the red dye.  So, I took my magnesium citrate the night before the test, and although it was disgusting, it was easier to get down than two bottles of the darn stuff.  The next morning, I mixed the Miralax with my orange Gatorade and chugged it down – the instructions said one 8-oz glass ever 15 minutes.  The first few glasses were easy (orange Gatorade is yummy), despite the fact that the Miralax is granular and didn’t mix in completely.  By the time I got to the fifth glass, I was definitely slowing down – well, as least insofar as drinking.  The other end was speeding up, and I debated just taking the mixture into the bathroom with me.  By the 7th glass, I totally gave up and poured the balance of the solution down the kitchen drain (it needed cleaning anyway).

Bear in mind that during all colonoscopy preps, you are instructed to drink lots and lots of clear fluids. Not all that easy to do while chugging down a 64-oz Miralax solution, but I did my best.

All those prior preps worked, and I got no complaints from the doctor that my colon wasn’t clean enough come test time. Yay for me.

Earlier this year, a family member had to undergo a colonoscopy. Said family member is on a salt-restricted diet, but had been given a prep sheet which included magnesium citrate.  During a routine visit to my own GI, I was speaking with my doctor’s office nurse about the various preps and my relative’s salt-restricted diet came into discussion.  The nurse agreed that magnesium citrate should not be ingested by someone on a salt-restricted diet and suggested my relative call his doctor to ask for a different prep.  She indicated there are a number of preps available, that each doctor has a preferred prep, but it didn’t really matter which prep was used because they all worked.

My relative was subsequently given a revised prep sheet which included only the Miralax solution, 4 Ducolax tablets and 4 Phazyme tablets – along with the usual clear liquid diet, of course. The difference with this prep was that it allowed no solid food for the entire day prior to the test.

Now, it was time for my fourth colonoscopy (see prior post). My doctor gave me the magnesium citrate/Miralax prep sheet.  The more I thought about it, the more I didn’t want to put myself through that.  I decided to make up my own prep.  After all, so long as that colon was clean, the doctor would have no way of knowing which prep I had actually used.

Basically, I used my relative’s revised prep sheet, except that I opted to have breakfast the day before my test. My test was scheduled for 1:00 pm on Friday, so I figured if I ate breakfast at 7:00 am on Thursday and then started the prep at 3:00 pm as indicated, it should all work out, so to speak.

I also opted to take half a vacation day on Thursday. No way was I going to ingest Dulcolax at work and take a chance of not only having to “go” at work, but then also facing a longish drive home in that condition.  Been there, done that.  Not fun.

I delayed the start of the prep procedure by an hour so that we would be able to take Puppy Cody out for her normal evening walk. I figured I could sit in the car while hubby walked her, if it came to that.  Fortunately, the Dulcolax didn’t hit my system right away.  Probably I could have saved that half-day of vacation, but what the heck, at least I got the laundry done.

The new instructions said to mix the Miralax/Gatorade at 4 pm and then let the solution sit. I put it in the fridge.  How come no one ever thought of that before?  By the time I was ready to drink it, the solution was thoroughly dissolved and had settled into a nice, lightly gelled drink.  It tasted amazingly like a Creamsicle!  When I started drinking it at just after 6 pm, it went down like a yummy milkshake.

Well, at least the first 3 glasses did. Once the prep started working, I had to take a break from drinking anything at all.

I’m on Balsalazide Disodium for my colitis. I don’t know exactly how that medication works, but somehow it reduces inflammation and allows solids to digest more easily.  Perhaps that’s why, once the Miralax solution started working, the entire contents of my digestive tract literally just slid their way through.  Easy peasy.  Only mild cramps.  An hour or two later, I was pretty much done.

But I still had to finish that Miralax. I made it to the very last glass and found I could no longer stand the taste of Creamsicle.  I dumped the last glass down the kitchen drain.

Another dose of Dulcolax, followed by the Phazyme, and my prep was done for the evening. I was exhausted and went to bed.  Yes, I got up several times during the night to run to the bathroom, but by 2 am I was able to actually sleep.

The next morning, I slept as late as possible, took the remaining 2 Phazyme tablets and headed off to the hospital for my big day. Amazingly, I was not at all hungry – I believe the thicker consistency of the Miralax solution compensated for lack of food.

Stay tuned for tomorrow’s episode – “Why doctors probably don’t appreciate patients like me.”

8 Responses to WHAT IS A COLONOSCOPY REALLY LIKE? — The Infamous Prep