Is Hate Traffic Better Than No Traffic?

I recently discovered a new blogger on WordPress who apparently has major issues with sweet, old Cordelia’s Mom.  I intended to simply follow Not Cordelia’s Mom (yeah, you read that right) for awhile and let her hang herself, so to speak.

But Not Cordelia’s Mom has now taken shots at my post “Fifty Years Later.”  Judging from the comments, that post touched a lot of heart-strings among my readers.

Not Cordelia’s Mom just published her own post, entitled “So Just Marry Rich,” which takes umbrage with “Fifty Years Later.”

I wasn’t thrilled that Not Cordelia’s Mom stole my header design and some of the language on my home page, but I was willing to let it slide since there’s really no way to prevent something like that from happening, and attempting to go after someone for copyright infringement would be expensive, stressful, and possibly unsuccessful.

I didn’t mind when Not Cordelia’s Mom targeted my Spam-Bam Thank You Ma’am series.  After all, that’s a silly feature that lends itself to snarkiness from all sides.

But, to malign my serious post about my own childhood is just too much for me. 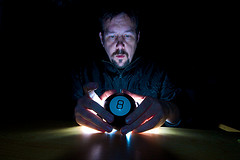 I’m not sure at this point how to handle the situation.  On one hand, having a detractor would seem to indicate that I have finally “arrived” as a blogger.  On the other hand, I’m not sure just how far I should let Not Cordelia’s Mom go in her rants against me.

The situation is complicated by the fact that I have a sneaking suspicion as to who Not Cordelia’s Mom really is, and I’m having a hard time understanding why, after all this time, she still hates me so.  I find it a little frightening that someone could harbor such vehemence for such a long time.

Anyone want to advise me on this?  Check out Not Cordelia’s Mom’s blog and let me know what you think I should do, if anything.

Images by Tambako The Jaguar, and bark, respectively

34 Responses to Is Hate Traffic Better Than No Traffic?