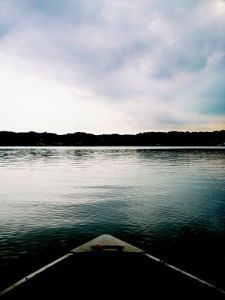 “So, we beat on, boats against the current, borne back ceaselessly into the past.”

I’m somewhat embarrassed to admit that I waited until the age of 62 to first read that classic novel.

And, as luck would have it, I read this last sentence on the very night that I had done a real estate closing which required me to meet the other paralegal in the village where I grew up.

After the closing, I decided to drive through the little village, eventually passing the street my childhood house was on.  Frankly, I was shocked at how dilapidated and dirty the buildings and streets looked.  I certainly don’t remember them being like that when I was little.  By the time I got to my childhood street, I was too depressed to even drive past the house I had lived in with my parents and brothers.

Not that the neighborhood I live in now is that much different.  It’s in a town rather than a village, but both are suburban.  Probably when my kids come home, they think the same thing I did:  “OMG, I grew up in THIS house?!” 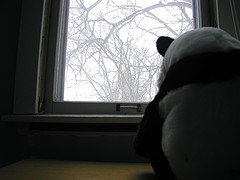 Can you ever really return to your childhood?  Everything looks so much bigger and brighter to children.  As adults, we view everything through eyes that have seen both the worst and the best.

I remember being sick as a toddler and my mom taking me to the doctor.  The doctor seemed to me like a huge and intimidating man.  As an adult, I got sick and went back to the same doctor, and only then realized he was actually shorter and thinner than I am and quite personable.

As a child, I had my own bedroom (a real treat in the 1950s when the post-war-built houses were all so small).  I remember thinking the 10’ x 12’ room was palatial and glamorous.  Now I own a whole house and yard, and consider it merely cozy, and never mind what I would call my decorating scheme after raising 3 kids and 3 dogs, along with assorted other critters.

As a child, I thought my parents had unlimited funds, and I could never understand why I couldn’t have that doll/game/toy that I wanted right now.  Many decades later, I understand completely.

Would I ever want to return to my childhood?  Possibly.  But only for a short day-trip.  I don’t miss the insecurity of childhood.  I don’t miss having no real say in daily activities, meals, bedtime or bathtime.  And while I admit it was nice having a mommy to take care of me, I much prefer standing on my own two feet and overcoming my own obstacles. 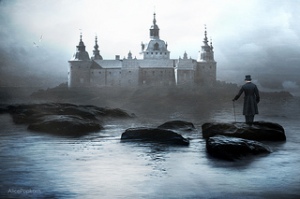 Sometimes memories are best kept as memories.  I doubt that I will revisit my little village again any time soon.