Cordelia’s Mom Has Her Own Blog! (Woo-Hoo!) 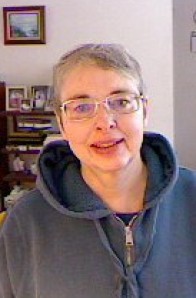 Finally – a blog dedicated to all those wonderful Cordelia’s Mom stories you’ve come to love while reading Kelly Gurnett’s blog, Cordelia Calls It Quits.  While Cordelia/Kelly and I have enjoyed working together (and will continue to guest post for each other), it has become time for me to leave the nest, so to speak.

This blog will entertain you, titillate you, and occasionally make you cry.  My only goal is [Just] Good Reading.  Period.  Anyone looking for an advice column can seek it elsewhere on the web – there are lots of blogs that provide advice on everything from apple pie making, to do-it-yourself anything, to finding and keeping that perfect job or lover (or quitting that awful job or lover), to turning your  pennies into millions, etc., etc., etc.

So, with that in mind, I’d like to launch my new endeavor by giving my new readers a taste of what my old (oops, I mean,  current) readers have been enjoying.  With no further fanfare, I present the following story, which was previously posted on Cordelia Calls It Quits and is reprinted here with Cordelia’s/Kelly’s permission.  Some slight changes have been made (it is  MY story after all!), so even those of you who have read it before might find it more entertaining the second time around.

Battles on the Homefront

My mother once told me that raising children is the hardest job anyone can ever have.  At the time, Cordelia was all of a week old, so I thought “Yeah, right, Mom.”  But over the years, I’ve learned that, as usual, my mother was right.

I don’t know about other people, but in my small sphere of the world, no one I know has ever admitted to really understanding how to raise their own children.  We all just kinda of took it day by day, changing the game plan frequently as circumstances dictated.  Sometimes things worked, and sometimes they didn’t.

Cordelia swears that I once threatened to beat her to death.  I admit that I did break a wooden spoon in half by slamming it onto the kitchen table.  I admit that I did entertain thoughts of using that spoon on the butt of my mouthy, stubborn brat – and that is EXACTLY why I slammed the spoon onto the table instead.  I avoided physical pain, but apparently failed to avoid everlasting psychological scarring, for which I sincerely apologize.  It was not one of my finer parenting moments.

As children grow, they naturally test their boundaries.

Children will push, and push, to the point where a parent might begin to have thoughts of orphanages or deep, watery canals.  At this point, most children (sensing impending doom) will then back off.  But there is always that one child who will give just one – last – final – shove!  I won’t tell you which of my three girls was that child.  Let them figure it out – on any given day, it could have been any one of them.

Dealing with that child can result in meaningful instructional conversations like these:

(Sometimes it works, sometimes it doesn’t.  That one did work – big time.)

And there are rough spots.

My mother once told me, “When your child hurts, you hurt twice – once for her and once for you.”

When Cordelia’s apartment flooded and she lost everything she had worked so hard to obtain, I hurt for her.  As her mother, I somehow felt guilty that I could not reverse an act of God to put everything back the way it was before the October Storm.  All I could do was help her wade through the water to see what could be salvaged, and then let her move herself and her sodden possessions back into the family home until she could re-establish herself.  I admit that once she succeeded in doing that, I was happy not only for her but for myself, because it eased some of the mother-guilt I was feeling.

A few years later, I was at work and received a call on my cell phone.  It was my youngest daughter, who was sobbing and could only get out the words “I broke.”  My heart stopped.  Broke what?  The car?  A bone?  The law?  WHAT BROKE?  She managed between sobs to tell me that she was at home, although she couldn’t stop crying long enough to tell me what had happened.

I probably violated every traffic law on the books to get to her that afternoon, only to discover that she had simply broken up with her first serious boyfriend, and she was devastated.  After I got past the urge to kill her for scaring me like that, I comforted her as best I could.  I wanted to gut the slimy bastard who had hurt my child.  When your child hurts, you hurt – and sometimes it involves extreme anger against the person responsible for that hurt.

And then there was Dan.

My second daughter and Dan were meant to be together.  Dan’s mother and I were hearing wedding bells.  But God had other plans.  The night my daughter called to tell me that Dan had been diagnosed with chordoma cancer, she cried and I cried.  Later, I continued to cry.  I have never, ever felt so inadequate.  I knew what she and Dan were about to face, and I couldn’t do anything about it.  I couldn’t protect her.  I couldn’t keep the hurting off her.  I couldn’t call up a miracle and stop the cancer process.  I could only be there when she needed her mother.

We watched Dan fight his battle and eventually succumb to his illness.  He was only 28 years old.

At the funeral, Dan’s mother and I comforted each other – mom to mom.  We were hurting for Dan, for my daughter, for each other, and for all of Dan’s family and friends.  Sometimes when your child hurts, you hurt more than twice – sometimes you hurt for everyone involved in the whole senseless, ugly mess.

There are stumbles, but most of us manage to avoid the major potholes and to weave around the ongoing construction.  Our sons and daughters grow up and become parents themselves, passing us on the road as we slow down.  Their sons and daughters continue the journey further.  That’s the way it should be, and pretty much the way it’s been since Adam and Eve.

At the time I wrote this, my own mother was 92 years old, suffering from Alzheimers and cancer, and in a nursing home awaiting her eventual transfer into Hospice.  She had recently been in the hospital, and I drove the two hours to see her there.  I then decided to stay overnight so that I could sit with her that evening and the next morning until other family members could visit.

I am 61 years old and have been taking care of myself for a long, long time.   Nevertheless, my mother found it necessary to warn me of the dangers of staying alone in a hotel room, and to be sure no strange  man followed to rob or assault me.  (Really, Mom – I’m not exactly a bikini model!).

And, finally, there is the entire, worldwide parenthood community.

My mother once told me, “Once you have children, you will always have something to talk about at parties.  Everyone who has kids has the same concerns and the same stories to tell.”

As usual, my mother was right.  If nothing else, raising children creates lots of new stories to tell.

My love to all you parents, parents-to-be and parent-hopefuls.  Parenthood may be the hardest job you’ll ever have, but it will also be the most rewarding.

ADDENDUM:  My mother (Cordelia’s grandmother) passed away peacefully on April 29, 2013, just 3 weeks shy of her 93rd birthday.  Rest in peace, Rosalie – we all miss you, but you will  never, ever be forgotten.

Aside | This entry was posted in That's Life and tagged motherhood, parenthood. Bookmark the permalink.

21 Responses to Cordelia’s Mom Has Her Own Blog! (Woo-Hoo!)