Pay Through the Nose? Or Let the Damn Dog Die?

Our Riggsie died from bloat in 2013.  A year later, we lost our Morgan to canine lymphoma.

(Read about it – and see pictures, here.)

In both cases, I suffered the guilt of wondering if I could have saved either dog by spending more money – which I didn’t have.  Would pet insurance have helped me keep them alive a little longer?

In both cases, the dog’s time had come, no matter how much money there was, whether from my own funds or from insurance.  Riggsie was too old to undergo the required surgery, and Morgan would have had only a few more months even with expensive (and stressful) chemotherapy.  I comforted myself that we had done the best we could for our pets. 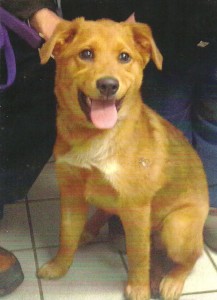 Still, pet insurance was always in the back of my mind, so when Puppy Cody came along, I immediately signed up with Nationwide Insurance for their top-of-the-line plan, which plan would include not only reimbursement for things like accidents and regular canine illness, but would also cover any genetically-related diseases.  Not knowing exactly what mix Cody was, I felt it was a good idea.

At the beginning, the premium was $45 a month – a bit of a stretch for the family budget, but well worth it, I thought.  I knew we would likely (hopefully) not have any claims for awhile, but believed that when Cody got older and suffered something like Morgan’s cancer, we would be grateful for that insurance.

The $45/month became $48/month, then $50/month, then $56/month, at which point I began to doubt the wisdom of paying so much for insurance we might not ever need.  This month, I got a notice from Nationwide that the premium would jump to $78/month!

There’s never been a claim against the policy, Cody is healthy, has a fenced-in yard, is not around other dogs, etc. – so how could Nationwide justify such a jump?

Meanwhile, we learned that my husband’s employer offers a group pet insurance plan through Nationwide.  Perhaps we could get a discount?

I called Nationwide.  Yes, the group plan would be a little lower, with the added benefit that the premiums would not increase every year simply based on the dog’s age.  Even so, we were looking at $56/month.  I weighed the options and decided to go ahead with the group plan.  Veterinary records were obtained – and Nationwide rejected Cody.

Why?  Because Cody is on a prescription diet.  She has been on that diet since she was a pup, and it’s keeping her from having any health problems, and will continue to prevent any health problems.  Again, let me point out that there have never been any claims made to Nationwide on Cody’s behalf.

If we wanted to stay with Nationwide, we were stuck with a premium of $78/month, which premium was likely to increase every year based on Cody’s age.

The Nationwide sales rep commiserated with me, and suggested that we could add “riders” to the current policy (presumably to cover Cody’s “food allergy”, although that wasn’t specified) – and the cost of those riders would, of course, be added to the already high monthly premium.

At this point the phrase “money grab” came to mind.

I researched other pet insurance  companies (including the company that carries our homeowner and automobile insurance), and the rates weren’t much different than Nationwide’s.  In addition, the initial on-line quote would probably go up as soon as they heard about the so-called food allergies.

Hubby and I discussed the situation and decided we would be better off simply putting the money in the bank every month, and hopefully by the time Cody does need medical care, we’ll have a nice little nest egg.  Should have been doing that all along – approximately $3800 was already paid to Nationwide, and Nationwide never, ever had to reimburse us for a claim.

This morning, I called Nationwide and cancelled Cody’s pet insurance.

The way things are going in this country, we may soon face a similar situation with our people insurance.  Pay up? Or just die already?

It’s a sad, sad choice to have to make, whether it be for a pet or for a person.

14 Responses to Pay Through the Nose? Or Let the Damn Dog Die?