Arising From the Ashes of Credit Card Debt 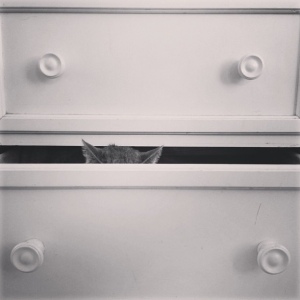 My new bedroom furniture arrived today.  While new furniture is generally a happy occasion for most people, for me it is especially exciting because I was able to finance it over a two-year period at Zero Percent Interest!

I suppose some background information is in order.  From the early 1980s to early 2000s, I relied heavily on credit cards in order to raise my three kids and maintain my home.  We didn’t live extravagantly, but it just seemed that someone always needed shoes, someone needed medical care, or the house needed some kind of repair.  And, of course, there was additional stuff like parts falling off cars or tires needing replacement.  We were living paycheck to paycheck, and that credit was just so easy to get – I think at one point I had almost every major credit card on the market.

Well, as they say, push came to shove.  I tried desperately to work with my creditors.  Chase accommodated me easily and put me on a 5-year repayment plan at a monthly payment I could afford.

Bank of America, however, was a whole different story.  I literally begged Bank of America to help me.  I even got an attorney I knew to go on a conference call between me and the Bank of America representative.  I suggested that if Bank of America were to agree to extend the repayment plan to 10 years instead of 5, I could manage to pay the debt in full.  Instead, Bank of America urged me to apply through them for a THIRD mortgage on my house (no thanks – I had already taken out a second mortgage in an attempt to ease my credit card burden).

On one memorable call, I told the customer service rep that I had X amount of money with which I could make the payment that month.  The rep took my bank account information so as to apply the payment (whew!).  But then the rep told me, “Ok, now you only owe another [X amount] to meet this month’s payment.  When can we expect that?”  (Hellooooo, didn’t I just tell her that was ALL the money I had left that month?)

To make a long story shorter, I wound up doing two things:  (1) I complained to the Office of the Comptroller of the Treasury about Bank of America’s tactics, and (2) I ultimately was forced to file for Chapter 7 bankruptcy (I couldn’t even qualify for a Chapter 13 because my debts were too high).

By refusing to work with me, Bank of America wound up getting zip/nada/zero on the outstanding balance on that card.  Wasn’t that a good business decision?!

Bankruptcy is embarrassing and time- and paper-intensive, but in my case totally necessary.  When my monthly payments jumped from a total of $400 a month to something like $1,800 a month, there was just no way I could meet them and still pay my mortgage and keep my kids fed and clothed.

After emerging from bankruptcy, I enjoyed paying cash for everything.  There’s something uplifting about pulling large dollar bills from my purse to pay for a purchase while everyone else in line is trying to find a credit card with some balance left on it.

Of course, the downside is that major expenses, such as household appliances and the new roof, must also be paid in cash.  But somehow we managed over the next couple of years.  Six months out of bankruptcy, I was even able to lease a brand new car because I had an existing relationship with Ford Credit and had never missed a car payment even while going through the bankruptcy.

New cars make me feel special, but there were times I still felt a need to re-establish myself as a worthy credit risk.  Sometimes things come up (like vet bills) that require access to funds that you simply don’t have at the moment.

I tried a number of times, unsuccessfully, to reapply for credit.  Sure, I could have gotten one of those cards with a 39% interest rate and an annual fee of $100 or so, but I didn’t want that.  I felt it was better to wait until I could obtain credit like everyone else.  I diligently made every mortgage payment (both of them), the utility payments, the car payment, etc., and I routinely put any extra money into a newly established savings account.  Every six months or so, I would apply for a major credit card, and every six months or so I would be rejected.

Three years out of bankruptcy, I found I needed a new bedroom dresser because the drawers in the one I owned had given way, making the dresser totally unusable.  I began shopping for economical dressers I could afford.  As I was perusing the website of a local furniture store, I saw an ad to apply for their store credit, and I thought, “Oh what the hell – I’ll give it another shot.”

I applied, and almost immediately, was accepted!  WTF?!  It was especially exciting because it turned out the credit is actually offered through a major national bank, not by the local store itself.

So I went to the store expecting to buy a small dresser at something like 27.99% interest (which I intended to pay off immediately to avoid actually accruing that interest).  I figured it was a good way to help rebuild my credit rating.

When the saleslady mentioned the store was running a no-interest-for-two-years special, I actually laughed.  No way would I qualify.  But I did – guess my credit has improved just enough over the last three years! 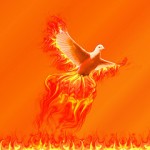 And so, I received my new bedroom furniture today, and I’m basically paying cash for it but just extending the payment out over two years.  Is that cool or what?

How about you? Did you ever struggle with credit card debt, and what did you do about it?

Images by:  Jess, and Adam Fagen, and MyEyeSees, and Simon Cunningham/Lending Memo.com, and Prairie Kittin, respectively

This entry was posted in That's Life and tagged Bank of America, bankruptcy, credit cards, debt, finances. Bookmark the permalink.

37 Responses to Arising From the Ashes of Credit Card Debt