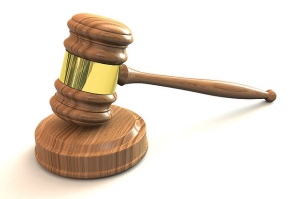 I told you all that you would be impressed by my newest guest poster!  I know I am.  For those who don’t know her (that’s not even possible!):  Linda is an author, mother, and the owner of the blog, LINDAGHILL.com.  We’ve agreed to do reciprocal guest posts today (I am so totally beside myself!) – after you’ve read Linda’s post here, hop on over to her site and read my guest post there.

A Two-Fer!  Enjoy them both. 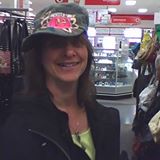 I’m an honest person. I’m the sort who gives the twenty dollars of extra change back when the cashier makes a mistake  – the kind who would (I’ve actually done this) chase a car out of the parking lot waving a fiver at the guy who just drove away from the pump after having given me two fives stuck together. Also, I never lie. …okay, that’s a lie. I lie to my mother mostly to protect her. Okay, that’s a bit of a lie – about 50% of it is to protect me. But you see what I’m saying? I can’t keep a lie to myself… with the exception of my mother. That one I’m sticking to.

With that in mind, you can probably guess how much I hate being accused of lying. There are two instances that have stuck with me when I’ve been falsely accused of doing something, and then called a liar for denying them.

Going back almost half my lifetime, when I was in my twenties, I had a gym membership. I’d go in three mornings a week before work for thirty minutes on the stair climber followed by 20 in the pool. Oh do I miss it… but that’s not really relevant to the story.

There was one elderly lady who also came in to the gym – she was there most mornings that I was. I remember her mostly for the fact that she used to take all her clothes off before she’d start chatting with everyone else in the change room. Apart from that, I never saw her in the gym… my faulty memory makes me want to imagine that she used to come in to the facility for the pleasure of talking to other women whilst in the buff. (I’ll be handing out bleach for your brains at the end of this post, don’t worry.) 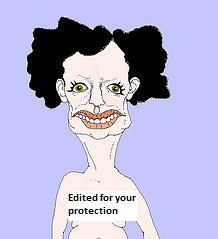 Anyhow, one morning she approached me while I was getting changed–walked up to me as nude as you please–and told me I shouldn’t smoke in the change room. I’m sure my jaw dropped to the floor. You see, I don’t smoke. Never have. I explained to her, however, that most of my friends smoked and she could probably smell it on my clothes – the ones I was rushing to put on. (She didn’t have any qualms about talking to anyone else while they were naked either, naturally.) “No,” she stated, “I’m allergic to smoke and I know smoke when I smell it. You’ve been smoking in here.” It was then that I realized my gym bag had, just the night before, been shut in a room in which something had caught on fire. As unlikely as that story was, it was true. So I told her. Does it surprise you that she didn’t believe me? No, of course not. Thereafter, she kept her distance from me. But she watched me… oh how she watched me. To the point that I started changing in the shower before I got out.

The second instance in which I was falsely accused was in my teens. I’d taken an advanced-level Science Fiction class (which was an English credit) as well as general-level English (I was slummin’) in grade 12. In the SF class we had an assignment:

A nuclear bomb has gone off and you made it to a bomb shelter but you are alone. You have enough food, water, air etc. to last you the duration of your stay. You can take 10 things with you – you are there for 10 years. List your objects and write a journal, one entry for each year, including what you do with the things you have chosen to take.

Pretty cool assignment, eh? So I did that. Then, in English class we did a section on Anne Frank. We were given an assignment:

You are hiding from soldiers – you are alone and scared. Write a journal of the time you spend in hiding.

So what do you think I did? What anyone would do – modify the first assignment to fit with the second one. Right? My English teacher somehow came across my first assignment, but obviously she didn’t check to see who the author was – who takes two English courses in one year after all? Especially if one was an advanced-level course; no one in her class could manage it. So she accused me of cheating. Not only that, she accused me of plagiarism. I wouldn’t have minded – I could easily explain it, but she made me feel so worthless that I was in tears by the time she’d finished with me. I have to say, I’ve never felt quite as much satisfaction at proving anyone wrong (I got the assignment back from my SF teacher and showed it to her) as I did that day, and yet it really did stay with me – that horrible feeling of being called a liar.

There are very few other times I’ve been accused of lying – in fact most of them were probably by my mother. Little wonder there. I haven’t had a lot of practice. Thanks for reading. 🙂

Oh right – the bleach to get the image of a nasty little old lady in her birthday suit out of your head. Save me some.

Please visit me at http://lindaghill.com/

You can also read my fiction and poetry at http://lindaghillfiction.com/

Thanks so much Cordelia’s Mom for having me guest post! You can also find her guest post at my site! Come visit – it’s a great read!

Images by: Rumble Press, and Linda Hill, and rekef (“edited” language added by Cordelia’s Mom for purposes of this post only), and Jose Roco, and Scott Ingram, respectively