When a Good Student becomes a Bad Student

How many of you remember your high school algebra class?

Yep, quite a show of hands there.

Now, how many of you enjoyed that class?

Where did everyone go?  Oh, wait, I see someone way in the back of the room with a hand up.  You must be the guy who became a number-cruncher for the Federal Government.

As for me, I had always been a straight-A student; in fact, I nearly finished high school in the top 10 (I was #11, grr).  Never did I have a problem with any math class, not even in elementary school when, for whatever reason, my teacher enrolled me in an experimental class for the “new (Base 10)” math.

Algebra was a whole ‘nother story.

A little background:  Back then, grades were A to F, with F meaning failed.  The quarterly tests were based on a 100-point scale, with 65 meaning passed (but just barely), and 64 meaning failed.

The lowest grade I had ever received in any academic class was a B+, and I beat myself up over that one.  (Note, I said “academic” – we also got graded for gym, and I’ll never admit what my sorry grade was for that.)

There were two math teachers, and the one I was assigned to for algebra could not teach.  She was very smart and knew her subject, but at least in my case, she could not relay it in any manner I could understand.  Despite that, I got the basics well enough to squeak by with an 85 on the first quarterly test. 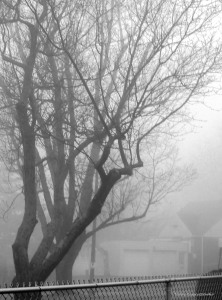 The second quarter, it became apparent to me that I didn’t have a clue what was going on in that class.  No matter how  hard I tried, I could not understand what the teacher was saying.  Perhaps she wasn’t really speaking English?  No, she was born and raised in the good old USA, same as me.  And what were all those chicken scratches up there on the blackboard?

It didn’t help that this particular teacher had absolutely no patience for stupid students  (’nuff said).

My test score for the second quarter was 64.

This was a Regents course – the final grade at the end of the year would count toward my ability to qualify for college.  Did I mention that I had never, ever failed a test in my life?

My mother looked at the report card and asked what happened.  I told her I couldn’t understand the work but would try harder.  She let it slide because she knew I was a good student – and she knew I wasn’t being distracted by outside stuff like boyfriends (there were none, they weren’t interested in “good” girls), drugs (I didn’t even smoke cigarettes), or too much socializing (I had one friend, and she went to a different school). 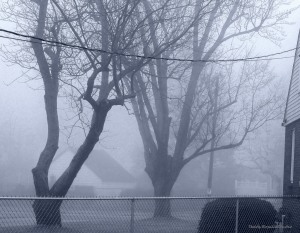 By the time the third quarter testing rolled around, I was scared – and desperate.  Never in my life had I cheated on an exam, but I did this time.  The desks were close enough that I could see the answers being written by the boy sitting next to me – and I copied those answers.  Apparently, he was as clueless as I was.  I got a 63 on that test.

My mom was such a good woman, and had such faith in her children.  When I admitted my failure and asked for help, she drove me to the nearest bookstore to buy a Regents Algebra review book.  For the next few weeks, I immersed myself in that book – and I taught myself the entire course.  OMG, now it actually made sense!

For the final exam – the actual Regents exam, the one which counted toward college – I scored a 98!

The teacher was flabbergasted.  How could I go from a 63 to a 98 in just a few short weeks?  She accused me of cheating on the final exam.

Fortunately, when all was said and done, the school authorities accepted my tale of woe and how I had to teach algebra to myself because the teacher was incompetent.  They let the 98 stand.  For all I know, maybe I wasn’t the only good kid who failed with that teacher.

The next year was Trigonometry and Statistics, both of which I passed but neither of which I enjoyed – although the Statistics teacher did try to make Probabilities fun.

My final high school year, I had had enough.  I switched to business classes instead of college-entrance courses.  I did so well with the bookkeeping course that I went home and took over some of the bookkeeping for my father’s small home business.  As a plus, I discovered that the students in the business classes were so much more fun to be around than the brainiacs in the college courses.

The decision served me well.  I would have hated college even more than I hated high school, and the business courses got me a good start in life.

Math is a fact of life.  Perhaps whoever did this parking lot should have paid a little more attention in school (or had one less beer before drawing the lines):

Happy Friday, everyone.  Don’t let the numbers get you down.

34 Responses to When a Good Student becomes a Bad Student